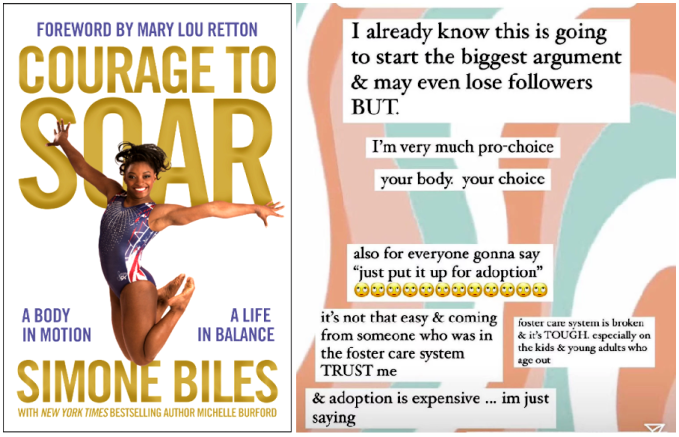 Gymnast-extraordinaire, Simone Biles, made headlines by pulling out of events at the recent Tokyo Olympics due to mental strain. Only a handful of American Catholic celebrities wear their religion on their sleeve. That group includes Stephen Colbert, Patricia Heaton, Mark Wahlberg, and Biles. Catholic media sources loved to brag on Biles, noting how she kept a rosary in her gym bag during competitions. But Biles caused a big stir within conservative Catholic circles after the Olympics by joining fellow Catholic, President Joe Bidden, in supporting abortion “rights.” Biles’ book, “Courage to Soar” (2016), was a bestseller at “Christian” bookstores.

Catholic internet sites are still abuzz over the outing of monsignor Jeffrey Burrill. Data illegally obtained from the cell phone of the secretary-general of the United States Conference of Catholic Bishops revealed that the priest/administrator visited gay bathhouses and frequently used the “Grindr” gay-hookup app. A conservative Catholic internet site, The Pillar, outed Burrill as part of an offensive against the queer culture within the Roman Catholic clergy.

Catholic conservatives and traditionalists continue to fume over pope Francis’ restriction of the Latin mass via his Traditionis Custodes apostolic letter of July 16th. They will certainly defy the 84-year-old progressive pope and cling to the hope that his successor shares their philosophical bent.

Cardinal Raymond Burke is one of the leaders of Catholic conservatism and an outspoken critic of pope Francis. While he caused harm by discouraging his followers to get vaccinated, he caused even greater harm by propagating Roman Catholicism’s false gospel of salvation by sacramental grace and merit.

I have made a note to eventually read the book mentioned in this article, “Mass Exodus: Catholic Disaffiliation in Britain and America Since Vatican II” by Stephen Bullivant. Unfortunately, the Rochester library system doesn’t have a copy.