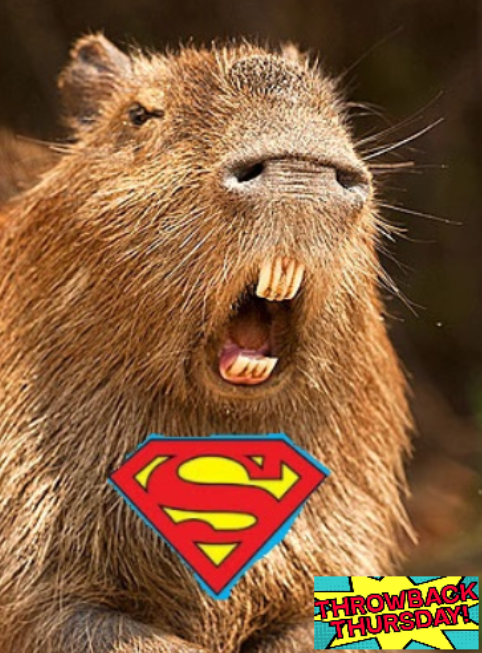 Welcome to this week’s Throwback Thursday installment! A few weeks ago we had a prelude to Lent; that old chestnut, “Is it OK to eat Chicken in a Biskit crackers on Fridays during Lent?” Today, we have another Lenten staple here at excatholic4christ that was first published on February 25, 2018 and has been slightly revised.

Most of the topics I write about on this blog are serious matters involving spiritual life and death, but there are occasions when I come across something that can only be categorized as sadly comical. Case in point:

This year (2021), the Roman Catholic church’s Lenten season runs from Wednesday, February 17th to Saturday, April 3rd, and Catholics are strictly forbidden from eating meat on all six of the Fridays during that span, under the church’s edict that consuming meat will doom them to hell. But getting down to the nuts and bolts of what actually constitutes “meat” can get a little tricky as I alluded to in the infamous Chicken in a Biskit post (see here.)

Well, now we have another very strange twist to this rule regarding compulsory abstention from meat during Lent.

A few days ago, I was listening to the 2/21/18 podcast of the “Called to Communion” Catholic talk radio show. Moderator, Tom Price, and host, David Anders, were discussing Lenten abstinence restrictions and Anders unflinchingly mentioned that Venezuelan Catholics are allowed to eat the meat of a capybara on Lenten Fridays. Huh? Capybara? What’s that? Well, it turns out that capybara (photos above and below) are the largest living rodent in the world, ranging anywhere from 80 to 150 pounds full grown and they like to hang out near or in the water. They are a dietary staple of Central America and some say they taste like pork with a slightly fishy accent. As the tale goes, priest-composer, Pedro Ramón Palacios y Sojo aka “Padre Sojo,” Venezuela’s most influential Catholic cleric at the time, traveled to Rome in 1794 and petitioned pope Leo XII to allow his countrymen to eat the meat of the capybara during Lent because, he argued, the animal spent so much time in the water that it was more like a fish than a warm-blooded mammal. Remember, fish are okay to eat on Fridays during Lent, but not the meat from mammals or birds. Sojo’s absurd argument evidently made an impression on the credulous pope because he granted his request and actually issued a Papal Bull decreeing that Venezuelans were free to eat capybara on Lenten Fridays (and other Fridays back when meat abstention was required on Fridays year round) without incurring a mortal sin.

So Venezuelan Catholics can gorge themselves on capybara burgers on Lenten Fridays with an absolutely clear conscience, but if an American Catholic takes even one bite of a Big Mac on Lenten Fridays, they are doomed to Hell forever!

But this sinner who was freed from the chains of Catholicism and is saved by God’s grace alone, through faith alone, in Jesus Christ alone has a hypothetical question for my Catholic friends. Current political problems aside, let’s suppose an American Catholic travels down to Venezuela on business during Lent. He’s walking the streets of Caracas on a Friday at noon and smells the wonderful aroma of barbecue in the air. After a few minutes, he discovers the source of the olfactory bliss; a sidewalk food vendor who beckons him over to try some of his smokey barbecued capybara. The American, mouth watering, declines with noticeable regret, saying in broken Spanish that he is prohibited from eating meat on Friday during Lent. But the vendor reassures him that the pope himself declared it was permissible to eat capybara in Venezuela during Lent. Another native walking by confirms the papal dispensation. The American then hungrily orders a double-portion of barbecued capybara and eats his fill. The next day, the American begins his journey back to the U.S., but his plane crashes and all aboard perish. Which now brings us to our question: Did the American Catholic go to hell for eating capybara on a Lenten Friday because he was still under the jurisdiction of his American bishop or did Leo XII’s 1794 papal bull cover all of the bases?

Catholic friend, if you ever tire of spinning in Catholicism’s legalistic hamster (another rodent) wheel, turn to Jesus Christ. Repent of your sin and ask Jesus Christ to save you by faith in Him alone.

Is Catholicism a false religion? Are Catholics saved?
https://www.gotquestions.org/catholicism.html

Postscript A: Some may object to my interjection of humor in this discussion, but folks, seriously, I couldn’t have come up with this “capybara dispensation” in my wildest dreams.

Postscript B: The capybara dispensation in Venezuela isn’t the only regional Lenten dispensation. There are several others. Another example can be found in Michigan in the Archdiocese of Detroit where area Catholics are allowed to eat muskrat, yes MUSKRAT (another water-loving rodent), on Lenten Fridays. See here. 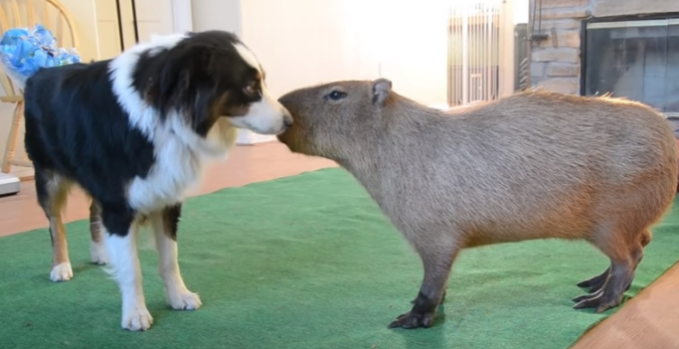 27 thoughts on “Throwback Thursday: Lent is no match for Super Rodent!”