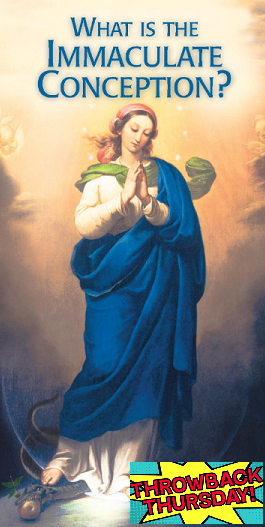 Welcome to this week’s “Throwback Thursday” installment. Today, we’re going to revisit a post that was originally published back on October 15, 2015 and has been revised.

The Catholic church likes to present itself as the holy repository and guardian of God’s unchanging truths, but even a casual study of the church’s history will quickly burst that bubble. This post will illustrate how “unchanging” Catholic truths have evolved over time.

God’s Word makes only relatively minor mention of Mary, so how did devotion to her within Catholicism grow to match and even eclipse the devotion offered to Jesus Christ? 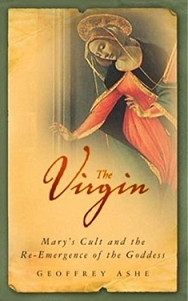 In the early years of Christianity, a fringe, heretical group called the Collyridians (from collyris, Greek: the ritual offering cakes used in goddess worship) adapted elements of pagan mother-goddess worship into the worship of Mary. Beginning in the late-300s, aspects of this Mariolatry began to creep into the mainstream church. Because Marian worship had no explicit support in the Bible or in the writings of the early church “fathers,” Marianists spawned their extra-biblical novelties with the syllogistic argument that since it was possible for God to do thus-and-thus regarding Mary, then He “must have.” Devotees were soon extolling Mary as the new Eve, Mary as a type of Elijah, Mary as Wisdom, Mary as the Ark of the New Covenant, Mary as God’s beloved spouse, etc., as they advanced the new Mary-goddess ideology. The common folk eagerly embraced Mother Mary as the “Christian” alternative to their former, beloved pagan mother goddesses. For information on the Collyridians and the pagan roots of Mariolatry see the excellent, “The Virgin: Mary’s Cult and the Re-emergence of the Goddess” (1976), by historian Geoffrey Ashe.

Marian devotion continued to grow within Catholicism and was flourishing by the Middle-Ages. Constantly pushing the envelope, her enthusiastic followers began to claim that Mary was born without sin, just as Christ was. Devotees could not conceive of Mary, the alleged “ark of the new covenant,” being a sinner yet carrying the sinless Jesus in her womb. Catholic religious orders routinely opposed each other on a wide variety of doctrinal issues and this evolving belief in the “immaculate conception” of Mary was no exception. The Franciscans strongly supported the notion of Mary’s immaculate conception while the Dominicans strongly opposed it. Dominicans Thomas Aquinas and Bernard of Clairvaux, who were both eventually canonized as “saints,” denied the theological novelty as did fellow Dominican “saint” and “mystic,” Catherine of Siena. Now here’s where it gets really interesting. Catherine claimed to have been visited by Christ many times and the church enthusiastically acknowledges those visits as authentic credentials of her sainthood. However, in 1377 Catherine asserted that Christ had visited her and personally informed her that Mary was NOT conceived without sin as the Franciscans and the others claimed! Click here for more information.

Over the centuries, opposition faded and popular demand for the official recognition of the doctrine of the immaculate conception reached a feverish pitch and was finally defined as binding dogma by pope Pius IX in 1854. As an official dogma of the church, Catholics are bound to believe Mary was born without sin. Denial of the dogma is a “mortal” sin and is alleged to incur eternal hell fire.

But who is right about the dogma of Mary’s immaculate conception? Is pope Pius IX correct or is the jesus apparition who visited “saint” Catherine in 1377 correct? If Catherine’s jesus was wrong about this issue, what else was he wrong about? The church canonized Catherine in 1461, although she did not believe in the dogma of the immaculate conception. So did God send her to hell in 1854 when the doctrine was officially defined? And whatever happened to the jesus who appeared to Catherine in 1377 and told her Mary was not immaculately conceived? Did he appear to other saintly mystics and give them erroneous information, also? Or was that jesus actually right about the immaculate conception and the pope wrong? If it was necessary for Mary to have been immaculately conceived in order to be the sinless “ark” of Jesus Christ, wouldn’t it logically follow that her mother, and grandmother, and great-grandmother and so on would also have had to been sinless as well?

Catholics around the world are compelled to “celebrate” the feast of the immaculate conception by attending mass on December 8th every year under threat of mortal sin, although the majority don’t. But Catholics still pray to Mary as their mediator and co-redeemer. Mary would be sorely grieved by the worship Catholics accord to her.

“But in vain they do worship me, teaching for doctrines the commandments of men.” – Matthew 15:9