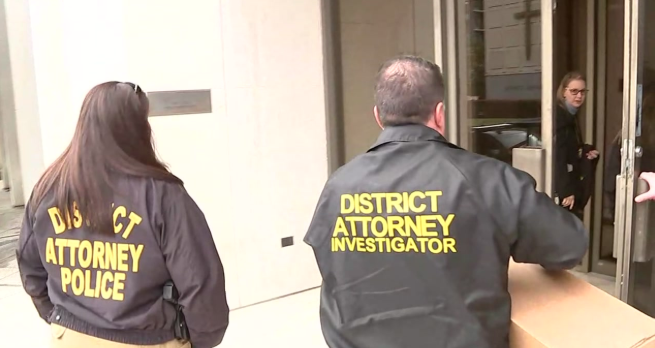 Last weekend, I posted that cardinal Daniel N. DiNardo, president of the United States Catholic Bishops’ Conference, was strongly suspected of covering up for pedophile priests. This past Wednesday, local and federal law enforcement officers raided DiNardo’s offices in Houston in search of evidence (photo above). Is there a U.S. Catholic bishop who isn’t connected to this scandal in some form or fashion?

I’ll probably watch and review this exposé of the Word of Faith Fellowship Church when it finally broadcasts.

As every Catholic with a modicum of awareness knows, homosexuality is rife among the celibate Catholic clergy. As the investigations and media scrutiny continue, more and more of these personal “indiscretions” by high-ranking prelates will be brought to light.

It’s obvious to all believers who have gone through it that the “dating scene” is a potentially perilous time for Christian teens (and adults), but the rigorous courtship process exemplified by the Duggars and other like-minded Dominionists seemed a bit extreme?

Sadly, I imagine there are more than a few “evangelical” women who admire the popular Held Evans.

Membership in the American Catholic church was already declining, but this latest scandal tsunami will have the church leaking members like a sieve. How many will turn to Jesus Christ and the Gospel of grace and how many will be so disgusted they will shun any form of religion?

A small number of Catholic entertainers wear their legalistic religion on their shirtsleeves like Stephen Colbert, Patricia Heaton, and Mark Wahlberg, although Heaton has stated she won’t give another penny to the church until it substantively addresses the pedophile priests and cover-up scandal. Like all faithful Catholics, Colbert is attempting to merit his way into Heaven. Pope Francis has said atheists are also able to merit Heaven, so what was the advantage of Colbert reverting back to his works religion?

At the place where the tire meets the road, college football and the NFL are bigger priorities for many Christian men than Jesus Christ.