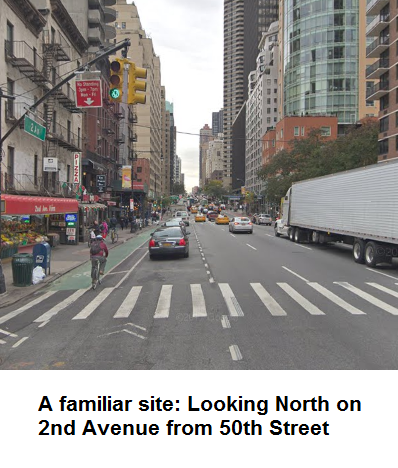 This past weekend, my wife and I took a trip to New York City with our two sons. We had a great time, although I’m glad to be back to rest up. I could write a 3000-word post about the excursion, but I’ll keep it brief.

The trip came about because our oldest son, a Washington Redskins fan, thought it would be a good idea if he and his brother, a New York Giants fan, traveled to NYC together and attended a game when the “Skins” came to town. Neither one had ever seen their team play in-person before. When my wife heard about it, she suggested we make it a family affair, so that’s how this thing was hatched. Our youngest son is in the Air Force and stationed down in Texas, so he put in for a leave in advance to come up for the game.

Our oldest really enjoys visiting the Big Apple. This was his fifth trip there in five years or something close to that. The last time I was in New York City was in 1971 on a high school trip, so it was nice to have someone along who is somewhat knowledgeable about the place helping us to navigate the trains, taxis, and hustle and bustle of a major metropolis. We left Rochester around 9:30 AM on Friday and parked the car in Jersey City, New Jersey around 4 PM and took the subway into New York. A taxi brought us to our Airbnb apartment (at 2nd Avenue and 50th Street) and we started out into the city immediately afterwards. Below is our itinerary as best as I can remember it:

Saturday – Fifth Avenue/Central Manhattan Sites (We didn’t let the rain and wind, and stop us)

I’ll have more to say about my impressions of New York City in a subsequent post.