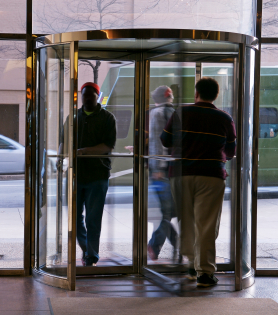 Many people erroneously claim that ALL people are God’s children.

Yes, all people are certainly God’s creation, but according to Scripture, only those who are spiritually reborn by God’s grace through saving faith in Christ Jesus alone can become God’s children:

“For you did not receive the spirit of slavery to fall back into fear, but you have received the Spirit of adoption as sons, by whom we cry, “Abba! Father!” – Romans 8:15

“And not only the creation, but we ourselves, who have the firstfruits of the Spirit, groan inwardly as we wait eagerly for adoption as sons, the redemption of our bodies. – Romans 8:23

“to redeem those who were under the law, so that we might receive adoption as sons.” – Galatians 4:5

“he predestined us for adoption to himself as sons through Jesus Christ, according to the purpose of his will” – Ephesians 1:5

So the question is, would God ever disown or disinherit someone who has genuinely repented of their sin and placed their trust in Jesus Christ as their Savior by faith alone and been born-again in Christ? The Lord Jesus Christ answered that question:

A teaching of Roman Catholicism is that everyone who is baptized into their church is “born-again” and becomes a child of God, but they immediately forfeit their place in God’s family every time they commit a mortal sin. If they confess their mortal sins to a priest, they are then readmitted into God’s family. Hence they are in God’s family one week, then out of God’s family the next. Then in, then out. In and out, in and out, in and out, etc., etc., etc. Catholicism is a never-ending religious revolving door because, although they speak of grace (administered via the sacraments), salvation is ultimately merit-based, which is a worthless foundation of sinking sand.

There are even some groups within evangelicalism that teach that genuine, born-again followers of Christ can lose their salvation. We all follow the Lord imperfectly, so where exactly is the dividing line between remaining in God’s family and being disinherited? It appears to me that, for these groups, although they profess Christ, salvation is also ultimately merit-based. How do I explain someone who allegedly professed Christ, but has no fruit in their life? They never genuinely trusted in Christ and were not born-again.

Praise the Lord, I am a child of God, not because of anything I have done, but because of my Savior, Jesus Christ, and His imputed perfect righteousness. I now joyfully follow the Lord in obedience, albeit imperfectly.

17 thoughts on “Does God adopt us into His family, but then give us the boot when (not if) we misbehave?”