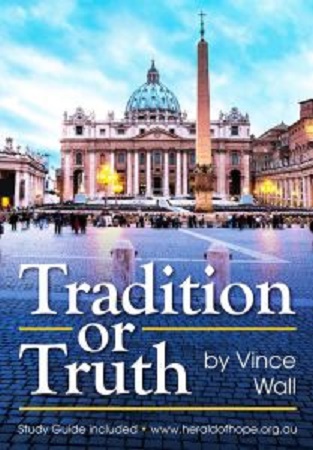 A few weeks ago, I reviewed some books on Roman Catholicism from Matthias Media, based in Australia, which precipitated feedback from some fellow “mates” in the Gospel from “down under.” One of those who reached out, Bob, asked that I read and review the following book:

This short book is a solid introduction to the differences between Roman Catholicism and Biblical Christianity. Chapters include:

In each of the above chapters, the author compares Roman Catholic teaching on the topic to God’s Word. I’m not going to review these one-by-one because I’ve already examined the material in multiple previous posts.

This book is intended as an introductory primer to the differences between Roman Catholicism and Biblical Christianity, so the theology is intentionally pretty basic. The author includes many, many Scripture verses to support his arguments. At the end of each chapter is a one-page quiz for the reader to test their knowledge. This book could actually serve as the curricula for a ten-week Sunday School class on Roman Catholic error and perhaps that was the author’s intention. Are there any evangelical churches these days that would actually sponsor such a “controversial” class?

The only criticism I have of this book is that there is not a separate chapter devoted specifically to the difference between Biblical Christianity’s Gospel of salvation by God’s grace through faith in Jesus Christ alone and Rome’s false gospel of sacramental grace and merit, but the author alludes to this difference quite often in the existing chapters.

To obtain a free copy of “Truth or Tradition,” click on the link below and scroll down to this title. Click on the “Download” button to receive the PDF file. I printed it out and had it spiral-bound at our local Staples store for $5 dollars.
https://www.heraldofhope.org.au/free-resources/publications/

Thanks to Bob for alerting me to this resource!

The author, Vince Wall, currently pastors at Newcastle Baptist Tabernacle in Newcastle, New South Wales, Australia. Below, Pastor Wall presents his testimony and speaks about the Catholic mass in a 10-minute video.

4 thoughts on “Good Primer on Scripture vs. Catholic Error”