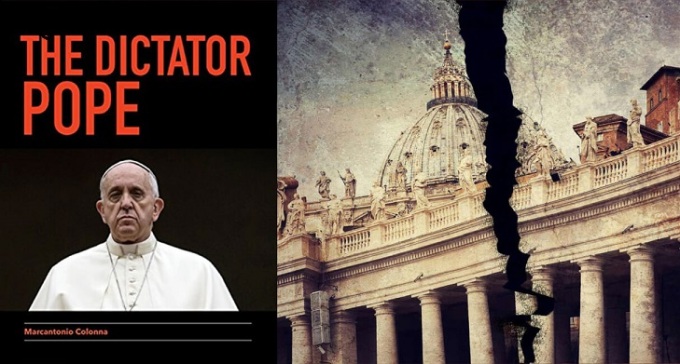 Conservative Catholics are becoming bolder and more aggressive in their attacks against pope Francis, but their blind fidelity to their institutional religion prevents them from suggesting schism. To order “The Dictator Pope,” see here.

It’s no secret that Catholicism’s rule of celibacy for its clergy both attracts and fosters deviancy. For almost two decades, the Vatican has talked about putting the organizational infrastructure in place to deal decisively with its pedophile priest “problem,” yet continues to blunder its way through this tragedy.

The Catholic church prescribes a long list of various indulgences to shorten time spent in fictional purgatory, either for one’s self or for deceased loved ones. But most Catholics don’t bother with this type of detailed works religiosity anymore. I’m guessing that 70%-80% of Catholics have no clue what “plenary indulgence” means.

A warning to evangelicals: The Bible speaks quite clearly against turning to Egypt for help or compromising with the Baal (Lord) religion of the Canaanites, yet many evangelicals eagerly embrace the pope and his false gospel of sacramental grace and merit.

Catholicism’s celibacy rule both attracts and fosters deviancy. I was a member of the Roman Catholic church for 27 years and it was clear to me and my Catholic family and friends that a significant percentage of the priests and brothers we encountered were effeminate.

I certainly condemn all hate groups, but was there anything going on in Catholic Europe in the early 20th-century (and prior) which may have triggered fear of Catholics and Catholicism like, say, the Vatican’s condemnation of all democratic forms of government and freedom of religion? Why is that never written about?

I believe the Lord intervened to reestablish the nation of Israel in 1948. And I can’t help but feel that President Trump’s recent decision to formally recognize Jerusalem as Israel’s capital could possibly play a very significant role in future events. Palestinians feel they are getting the short end of the stick in all of this. Most everyone anticipates increasing tensions in the Middle East because of the U.S. moving its embassy to Jerusalem. Why is it that the entire world revolves around a little country no larger than New Jersey?

Jesus said no one is good but God, yet Catholicism is based on the notion that people can become good enough to merit Heaven. While pope Francis has said even atheists can merit Heaven if they follow their conscience, he still needs warm bodies in the pews and ca$h flowing into the offering plates to keep the institution viable.