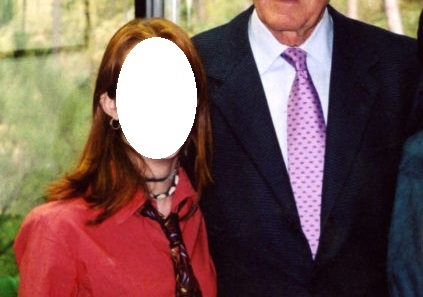 Following the much-publicized accusations against Hollywood movie mogul, Harvey Weinstein, we’ve seen the FLOOD GATES open and many come forward with similar claims against other high-profile men. In the past few days, we’re seeing a lot of accusations in the media regarding two specific men:

Roy Moore, the judge and senatorial candidate whose fight to keep a monument to the Ten Commandments in his courthouse endeared him to many politically-focused Christians, is facing accusations from multiple women who claim he preyed upon them when they were underage teens.

Former President of the United States, George H. W. Bush, is now facing several accusations of groping young women in the past.

What are we to make of all this? Certainly, accusations do not prove guilt. Just because a person is accused of a crime doesn’t mean they committed it. In this type of charged atmosphere, there are often some disturbed individuals who clamber aboard the “me too” wagon.

On the other hand, many victims who have suppressed their pain and embarrassment for years now feel emboldened by the current circumstances to come forward and confront their abusers.

There’s a popular lie in “polite society” that most everyone buys into that states that people are generally “good” and only a few oddball deviants would do such a thing as use their position and power to abuse others. This attitude has even taken hold in the church where we prefer to assume the followers of Christ are above such kinds of sins. We allow ourselves to be lifted up in our own eyes. When some fail to follow the pattern, we are genuinely surprised.

“Therefore let anyone who thinks that he stands take heed lest he fall.” – I Corinthians 10:12

Let’s face it folks, we live in a society where men exploiting women was just part of the deal for centuries. Did some women play along with the exploitation because that was the way the game was played and they endured the abuse to ultimately get what they wanted? Sure, but it was still a rotten “system.”

I think it’s healthy for our wives’, daughters’, and granddaughters’ sakes for society to say, “No, this type of behavior won’t be tolerated.”

I think we in the church should be putting less emphasis on moral crusades, a la Judge Roy Moore, and more emphasis on the fact that we are ALL hypocritical sinners who constantly need the Lord’s forgiveness and grace to live a life pleasing to Him. We are not above any sin and to join with others in the pretense that we are “moral crusaders” invites the kinds of high-profile stumbles the media and scoffers delight in. We are all crippled sinners who desperately need our Savior and Lord. None of us are “paragons of virtue” despite the image we try to present to others.

7 thoughts on “Paragons of virtue?”