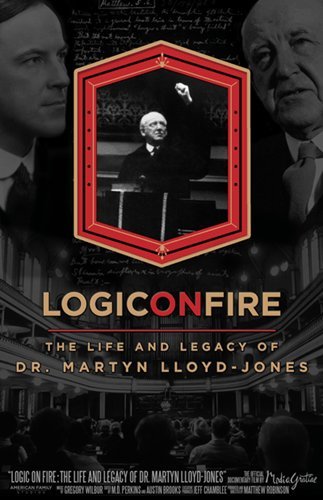 As Christians, our focus should always be on our Lord and Savior, Jesus Christ. Our trust should never be in the flesh. Men and women will always let us down. But every once in awhile, the Lord lifts up a servant who is so strong in their love of Jesus Christ that we praise the Lord for their example. Such a man was Welsh-English pastor, Martyn Lloyd-Jones (1899-1981).

I don’t remember exactly when the Lord introduced me to the ministry of Loyd-Jones, but I’ve enjoyed gradually learning about the doctor via a book here, an article there. He was perhaps the most notable English evangelical of the last century, although I’m sure he would have despised such a title. When many English evangelicals were dallying with ecumenism with Rome in the 1960s and 70s, Lloyd-Jones would have none of it and stood firmly on the Gospel of grace. The Lord blessed the doctor with a rapier intellect. That’s right, unbelieving friend, you needn’t check your brain at the church door. But Lloyd-Jones was also interested in seeing the Gospel permeate a person’s entire being, not just their intellect. He was a strong advocate in the Holy Spirit’s ministry in the life of a believer, not in emotionalism or showy religious experience, but in knowing the actual presence of Holy God through the Word and prayer. Hence there was both logic and fire in the preaching and ministry of the doctor.

I enjoyed this biographical documentary package of Lloyd-Jones tremendously. The first DVD includes the finished documentary, “Logic On Fire: The Life and Legacy of Dr. Martyn Lloyd-Jones,” a biography of the doctor that relies mostly on the testimonies of family members, friends, and fellow-workers in the Gospel. The first DVD also includes three deleted sequences, one of which is the “1966 Evangelical Controversy,” in my estimation one of the most important segments in the entire package. The second DVD contains over three hours of additional interviews. The third DVD contains a segment on the dangers of church-growth pragmatism from John Snyder from his “Behold Our God” study series. Also, there’s a 128-page booklet with brief biographies of the contributors and interviewees and four sermons from the doctor.

Those who are unfamiliar with the ministry of Lloyd-Jones may want to begin with some short biographies (see here for an example) rather than this mountain of information, but I know as I continue to read his books and sermons, I’ll desire to return to this documentary package every now and then.

Praise the Lord for uncompromising preachers like Charles Spurgeon and Lloyd-Jones! May the Lord continue to raise up faithful proclaimers of the Gospel!

“Logic On Fire: The Life and Legacy of Dr. Martyn Lloyd-Jones” is readily available from Amazon. See here.

5 thoughts on “Martyn Lloyd-Jones and “Logic on Fire””