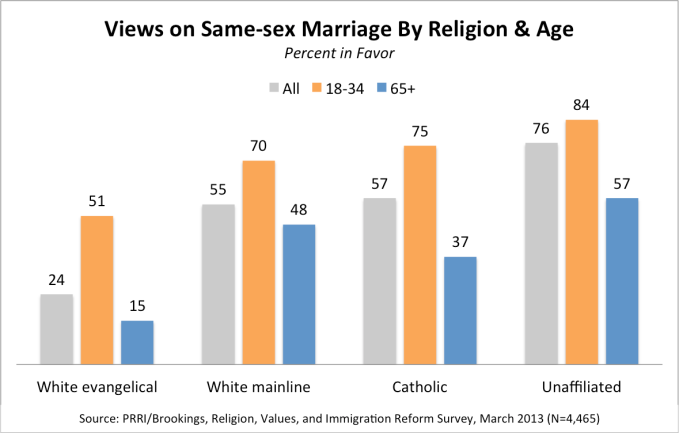 So, 51% of “evangelical” Millennials now support same-sex marriage? That’s a very disturbing statistic for the church. What other teachings of Scripture will be ignored?

The Karrs are Catholic charismatics, demonstrating the requisite “gifts of the spirit,” but propagate Catholicism’s false gospel of sacramental grace and merit. Their glossolalia can’t be from the Holy Spirit since they uphold a works-righteousness gospel, so where does it come from?

Priest Georg Ratzinger (brother of pope emeritus, Benedict XVI) and his associates at the Regensburg Cathedral in Germany abused at least 547 choir boys over a span of decades. Proud parents sent their sons away to board at the church’s school, completely unaware they were sending them into a snake pit.

A timely brief on the status of the tug-of-war between Francis and his traditionalist opponents.

Francis isn’t careful who he praises!

Catholicism teaches a person must perfectly obey the Ten Commandments and die in a sin-free, “state of grace,” in order to merit Heaven. The church recognizes that’s a steep hill to climb and so designates many sins as “venial” (from Latin “venia,” pardon or pardonable) or minor. Catholics rationalize their morally imperfect lives in comparison to the Ten Commandments by reasoning, “Well, at least I never killed anyone or cheated on my wife.”

I completely disagree with this befuddled Catholic-convert egghead. I think Francis knows exactly what he’s doing as he moves the church away from rigid doctrinalism and makes it more appealing to doctrine-challenged Protestants and other non-Catholics.

I don’t reference politics often, but the elephant in the middle of the room is Donald Trump’s ongoing relationship with politically-minded evangelicals. Pastor Robert Jeffress’ recent feting of Trump at the “Celebrate Freedom Concert” on July 1st was a disturbing example of the centuries-old, misguided attempt to mix Christianity with fervent American nationalism, reminiscent of the heyday of Jerry Falwell’s Moral Majority. Apostle Paul wrote that Christians should pray for the Roman Caesars so that believers might live peaceful lives in order for the Gospel to go out. He didn’t write that we should embrace Caesar or Roman glory.

I personally like denominations because I can pretty much drive by a church sign and immediately know what is being taught inside. Now, with all of these non-denominational churches with ambiguous, trendy names, one has to check their web sites to see exactly what they teach. And, as we’re already seeing with the mega-churches, the trend will be towards a lowest-common-denominator “Just love Jesus” doctrinal statement.