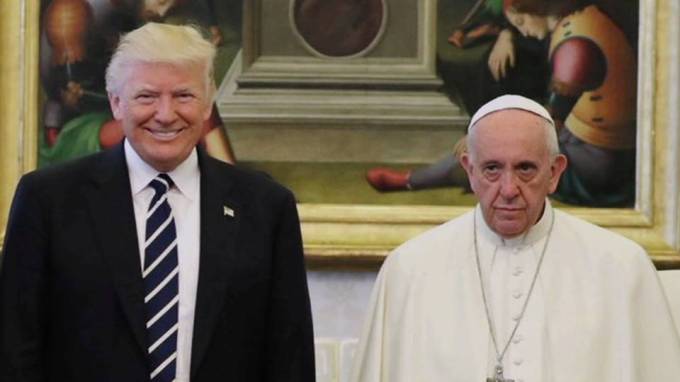 For centuries, Bible Christians never had much of a problem distinguishing between the genuine Gospel of salvation by God’s grace through faith in Jesus Christ alone and Roman Catholicism’s false gospel of sacramental grace and merit.

But beginning around sixty years ago, evangelical pastors and para-church leaders began to rise up saying ecumenism with Rome was fine and even desirable; influential men like Billy Graham, Chuck Colson, Bill Bright, James Dobson, and Jerry Falwell. Sure, they didn’t embrace all of Rome’s doctrinal deviations and “eccentricities,” but they gladly overlooked the “fine print” and declared Roman Catholicism to be “close enough.” After all, Christians in America were in a bitter battle to preserve “Judeo-Christian morality” and to “save America for Jesus,” so it didn’t seem wise to inspect the denominational dog tags of fellow soldiers combating the onslaught of secularism. Chuck Colson cleverly coined this alliance, “ecumenism in the trenches.”

But at this stage of the “culture war,” in the year 2017, politically-involved evangelicals have to concede that secularism has pretty much taken over the high ground. However, political/religious ecumenism with conservative Catholics and the culture battles continue. Research shows that 81 percent of White evangelicals voted for unlikely-candidate (to put it mildly), Donald Trump, in the presidential election. That’s no surprise given the only other option was Hillary Clinton. What is surprising is that 52 percent of Catholic voters, historically supporters of Democratic candidates, also voted for Trump.

But an article last week from a Vatican-approved source reveals not all Roman Catholics are pleased with the alliance between politically conservative Catholics and evangelicals in America. The article, written by two of pope Francis’s close advisors, warns of the “ecumenism of hate” shared by conservative Catholics (labeled as “integralists”) and evangelicals (labeled as “fundamentalists”).

See here for the full article.

According to Francis and his allies in the church, religious and “social justice” ecumenism is just fine, but ecumenism based on “the nostalgic dream of a theocratic type of state” is not.

Where does Jesus Christ fit into all of this? He doesn’t. Evangelical Christians need to be about their Father’s business as emissaries and ambassadors of the Kingdom and the Gospel of grace. Roman Catholics are our mission field, they are NOT our allies in some misguided Falwellian “culture war” to “save America!”

Below are two articles on the controversy from a conservative Catholic source. This newest squabble gives traditionalist Catholics yet another reason to hope for an early end to Francis’s reign.