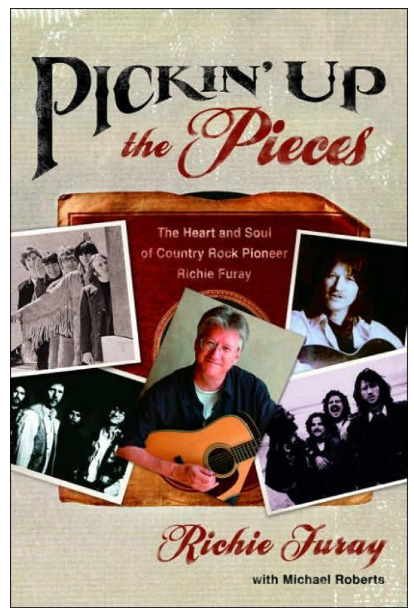 Pickin’ Up the Pieces: The Heart and Soul of Country Rock Pioneer Richie Furay
By Richie Furay with Michael Roberts
WaterBrook, 2012, 274 pages

Despite a sterling musical pedigree, Richie Furay (few-RAY) never made it to “superstar” status. As a talented member of the short-lived Buffalo Springfield band, he was overshadowed by Stephen Stills and Neil Young. After Springfield imploded in 1968, Furay formed Poco, a pioneering country-rock band that was too country for rock-and-roll radio and too rock-and-roll for country audiences. But then Furay watched in jealous amazement when the upstart country-rock band, The Eagles, rose to the very top of the rock charts in 1972. With Furay’s next group, David Geffen’s CS&N knockoff, the Souther-Hillman-Furay Band, Richie was hoping to finally catch the elusive golden ring but then an unusual thing happened; Richie accepted Jesus Christ as his personal Savior and his life took a completely different turn. Furay has been pastoring a Christian congregation in Colorado since 1983.

In this book, Furay traces his journey from his childhood in Yellow Springs, Ohio to his induction into the Rock and Roll Hall of Fame. Fans of Buffalo Springfield and Poco will enjoy his many detailed memories and insights. But Furay makes it clear he found something much more meaningful and enduring than fame and fortune when he accepted Jesus Christ. There were still many heartaches and disappointments in his life but Richie now had an anchor, a Friend, who sticks closer than a brother. Some Buffalo Springfield and Poco fans will resent Furay’s Christian witness, which is prevalent throughout the book, but others will benefit from it. I’ll always fondly remember this book as one of the gentle nudges from the Lord leading to my return to Him in 2014.

4 thoughts on “Something better than fame and fortune”