As I mentioned in yesterday’s post (see here), several decades ago I spent a lot of time 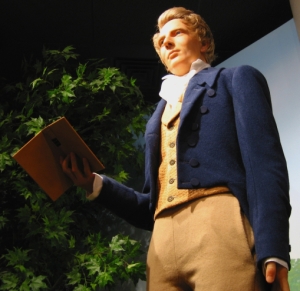 studying the origins of the Church of Jesus Christ of Latter-day Saints (Mormons). I learned the church’s founder, Joseph Smith, claimed to have translated some Egyptian papyri into the “Book of Abraham” in 1835. When the papyri were discovered 130 years later they were found to be only simple Egyptian funerary instructions rather than the writings of Abraham. Smith was proven to be a charlatan.

But the “Book of Abraham” hoax is far from the only embarrassing and incriminating item in LDS history. Today, let’s look at 4 other problems the LDS church has a difficult time explaining.

In early 19th-century America, there was endless speculation and debate on the origins of the Native Americans. Joseph Smith was allegedly directed to golden plates by the angel Moroni in 1823, which he subsequently translated into the Book of Mormon. According to the BoM, a tribe of Israelites traveled by boat to the Americas around 600 BC. The immigrant group split into two factions, the warlike, dark-skinned (natch) Lamanites and the peaceful, godly, fair-skinned Nephites. Jesus Christ supposedly appeared to the Lamanites and Nephites after His resurrection and peace reigned for a short time but conflict then resumed. The unbelieving Lamanites slaughtered the last of the Nephites at a cataclysmic battle in 385 AD at Hill Cumorah near Palmyra, NY. According to the BoM, the Native Americans are descendants of the Lamanites. However, modern science has thrown a wrench into the BoM narrative. Researchers agree that the ancestors of the Native Americans migrated from Eastern Asia to the Americas over the ancient Bearing Strait land bridge. DNA evidence completely debunks the BoM’s claims that Native Americans are of Semitic origin.

2) No evidence of grand Nephite civilization

The Book of Mormon describes a highly advanced Nephite civilization with cities scattered across the Americas. However, not one shred of archaeological evidence has ever been unearthed which supports the BoM claims of a vast Nephite civilization with its “Reformed Egyptian” language. Despite intense efforts by the Mormon church, archaeology offers Smith’s BoM tale zero support.

The second prophet and president of the LDS church, Brigham Young, declared in 1852 that Black men could not be Mormon priests. He claimed Blacks were descendants of Ham and their dark skin was the curse of Cain and, as such, could not attain the priesthood. Due to mounting societal pressures, the twelfth prophet of the church, Spencer Kimball, reversed Young’s declaration in 1978 and accepted Black men to the priesthood. How could one God-led prophet reverse the teachings of another?

Joseph Smith introduced polygamy into the church as a sanctioned and blessed practice. His early successors continued to condone and encourage polygamy. However, in the face of mounting pressure from the U.S. government, Wilford Woodruff, the 4th prophet and president, claimed to receive a revelation in 1890 discontinuing plural marriage. Hmmm, the Mormon god seems to be quite a vacillating character, reversing himself on such important issues as the priesthood for Black men and polygamy.

Yes, false prophets and false religions abound. There are many denominations that claim to be “Christian” but do they uphold the orthodoxy of the Word of God? Do they proclaim the Gospel of salvation by God’s grace through faith in Jesus Christ alone? Be cautious of what and who you embrace. The Lord God has provided more than enough proof for even the most credulous LDS that Joseph Smith was a deceiver and Mormonism is a false religious system. If your favorite TBN “evangelical” preacher embraces Mormon, Glenn Beck, cut your ties. You’re in trouble if you’re getting your theology from TBN.

“This is what the LORD Almighty says: “Do not listen to what the (false) prophets are prophesying to you; they fill you with false hopes. They speak visions from their own minds, not from the mouth of the LORD.” – Jeremiah 23:16