The Roman Catholic Controversy: Catholics and Protestants – Do the Differences Still Matter? 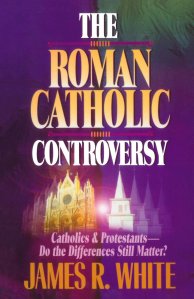 Despite the enthusiastic ecumenism of some, evangelicals and Catholics widely disagree on a great number of issues; most importantly, on how a person is saved. Although the Catholic church often refers to “grace” and “faith,” what they actually teach is the dispensement of grace through its sacraments, administered by its priests. It’s required of Catholics to participate in the obligatory sacraments so they can receive grace, which allegedly enables them to obey the Ten Commandments and church rules. They refer to this as “cooperating with grace.” Despite the references to “grace” and “faith,” Catholics are taught they cannot have any “mortal” (grave) sin on their soul at the moment of their death in order to merit Heaven. The bottom line for Catholics is they must earn their salvation. That is NOT the Gospel of salvation by God’s grace through faith in Jesus Christ alone. I can’t obey the Ten Commandments even for one, single day. The Ten Commandments only reveal that we are all sinners in need of the Savior. Trying to obey the Ten Commandments to earn salvation as the Catholic church teaches is NOT “Good News.” In fact, it’s VERY BAD news.

“Therefore no one will be declared righteous in God’s sight by the works of the law; rather, through the law we become conscious of our sin.” – Romans 3:20

Several books were written by evangelical apologists in the 1990s in reaction to Evangelicals and Catholics Together, including “The Roman Catholic Controversy” by James White. In this book, White examines several of the important differences between Catholics and evangelicals in regards to Catholicism’s perpetual sacrifice of the mass, purgatory, the papacy, the mediatorship of Mary, and justification via works but he especially focuses on the evangelical doctrine of Sola Scriptura (Scripture alone). Catholics argue that their teaching magisterium (the pope in union with the cardinals and bishops), and their ever-developing traditions are on equal par with Scripture. For Catholics, whatever their pope declares regarding faith and morals today carries the same weight as what the Holy Spirit revealed to the writers of the Bible manuscripts 2000 years ago. White does a very thorough job of examining the arguments both for and against Sola Scriptura, perhaps drifting into theological academese now and then. This is some challenging reading at times but it’s well worth the effort.

Since “The Roman Catholic Controversy” was published twenty years ago, more and more evangelicals have been misled by Catholicism’s references to “faith” and “grace” and have purposely overlooked the anti-Scriptural details specifying “cooperation with grace” for salvation, the absolute necessity of priests, the perpetual sacrifice of the mass, transubstantiation of the bread wafer and wine, purgatory, the confession of sins to a priest, praying to Mary and the saints, and the elevation of the pope to the very seat of Christ.

But most Catholics are woefully ignorant of their own church’s teachings. If you were to ask 1000 Catholics how a person gets to Heaven, I would hazard that 90% would respond with something like, “By being good” or “By obeying the Ten Commandments” or “By trying your best.” None of those responses is the Gospel. The relatively few pious Catholics might answer, “By being baptized, receiving the sacraments, and having faith.” Faith? Faith in what or in whom? Faith in Christ’s, Mary’s, and the church’s help to live a holy, perfectly sanctified life so that you can merit Heaven? That’s not the Gospel either.

Accept Jesus Christ as your Savior by faith and ask the Lord to lead you to an evangelical church in your area that preaches the VERY “Good News.” You can’t POSSIBLY merit your way to Heaven but Jesus Christ paid for your sins and offers you the the gift of eternal life and fellowship with God through Him.

“The Roman Catholic Controversy” is available from Amazon. See here.

One thought on “James White on Roman Catholicism”