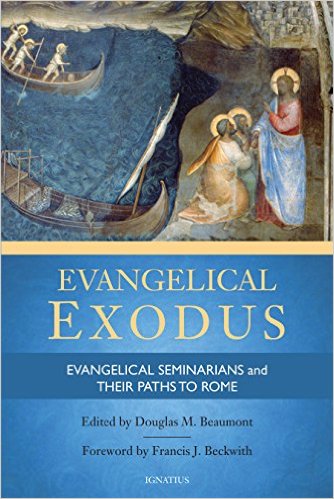 Carolina is a hotbed for conversions to Catholicism. Why would that be? Actually, I’m not surprised at all. Although the book’s blurb (see below) states the school’s founder, Norman Geisler, is a critic of Catholicism, the actual truth of the matter is quite different. While Geisler did critique aspects of Catholicism, he also accepted it as a legitimate branch of Christianity that preached the Gospel. See my review of Geisler’s “Roman Catholics and Evangelicals: Agreements and Differences” here. Both Catholic and evangelical ecumenists cite Geisler’s work as an important bridgehead in their cause.

I returned to the Lord in 2014 after walking away from Him for 23 years. I subsequently found a small Baptist church in the area with a new pastor fresh out of seminary – another NC seminary just 3 hours down the road from SES. The pastor was quite enamored with Catholicism and frequently namedropped such Catholic stalwarts as Aquinas, Pascal, Chesterton, Muggeridge, and Kreeft. We stuck it out at that church for 13 months, which was a lot longer than we should have. The apostasy within evangelical seminaries appears to be even more widespread than this book suggests.

Decades ago, Christian apologists faithful to the Gospel warned that the ecumenism spearheaded by Billy Graham and others would inevitably lead unwary souls to Rome and the gospel of legalism and ritualism.

Evangelical Exodus: Evangelical Seminarians and Their Paths to Rome by Douglas M. Beaumont

“Over the course a single decade, dozens of students, alumni, and professors from a conservative, Evangelical seminary in North Carolina (Southern Evangelical Seminary) converted to Catholicism. These conversions were notable as they occurred among people with varied backgrounds and motivations—many of whom did not share their thoughts with one another until this book was produced. Even more striking is that the seminary’s founder, long-time president, and popular professor, Dr. Norman Geisler, had written two full-length books and several scholarly articles criticizing Catholicism from an Evangelical point of view.

What could have led these seminary students, and even some of their professors, to walk away from their Evangelical education and risk losing their jobs, ministries, and even family and friends, to embrace the teachings they once rejected as false or even heretical? Speculation over this phenomenon has been rampant and often dismissive and misguided—leading to more confusion than understanding. The stories of these converts are now being told by those who know them best—the converts themselves.

They discuss the primary issues they had to face: the nature of the biblical canon, the identification of Christian orthodoxy, and the problems with the Protestant doctrines of sola scriptura (“scripture alone”) and sola fide (“faith alone”).” – from Amazon.com 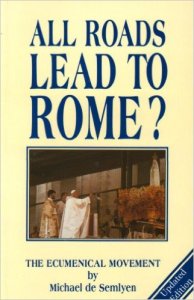 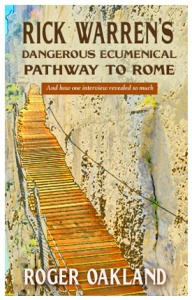 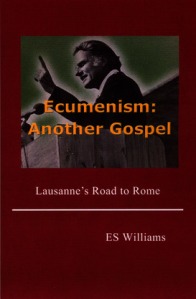