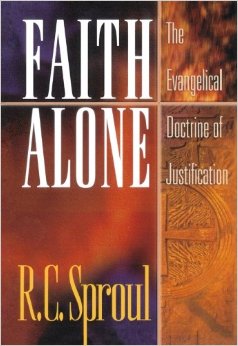 I’ve discussed several times how I accepted Jesus as my Savior back in 1983 and worshipped at an independent fundamental Baptist church until 1991 when I could no longer take the Falwellian hyper-patriotism and anti-homosexual harangues. Well, I walked away from the Lord for 23 years but finally returned to Him last year. I was quite startled at how snug some Evangelical pastors and para-church leaders had become with Rome in my absence. Even the young pastor at the Southern Baptist church where we began attending frequently expressed his admiration for several Catholic theologians.

I began reading material on the festering Evangelical compromise with Rome including Chuck Colson’s Evangelicals and Catholics Together ecumenical project, which released its first joint declaration in 1994. ECT argued that, despite some secondary differences, Catholics and Evangelicals shared a belief in the primary doctrine of salvation by God’s grace through faith in Christ so unification was not only possible but desirable in the face of the mounting opposition to Christian “morality” from an increasingly secularized society. See my review of ECT’s first book here.

There were many prominent Evangelicals who vigorously opposed ECT including Reformed theologian, R.C. Sproul. Sproul’s “Faith Alone: The Evangelical Doctrine of Justification” is a thorough rebuttal of ECT’s betrayal of the Gospel and the Reformation. The Catholic church concedes that God initiates salvation by the grace provided through its sacraments but it’s then up to Catholics to “cooperate with grace” and do their part to merit their salvation. So Catholics can also say they believe in “justification by grace through faith” BUT they can’t and they won’t say they believe in justification by grace through faith ALONE. Catholics believe they must perfectly obey the Ten Commandments to merit Heaven (and go to confession when they fail – repeat cycle). Every born-again believer knows that trying to obey your way into Heaven is a sheer impossibility and denies Jesus’ office as Savior.

Sproul gets deep into the theological nitty gritty and dissects both sides with precision and charity. If you don’t care for theological arguments you won’t care for this book. But every blood-bought Christian must at least believe in the core doctrines of Christianity found in God’s Word. Seeker-emerging-purpose driven churches desire everyone to just hold hands and tell each other how much “we all love Jesus” but no one can really love and follow Jesus if they don’t know what He taught. If anyone believes all or part of their justification relies on being “good” then they have an incorrect (and spiritually moribund) understanding of why Jesus came and what He accomplished through His death and resurrection.

Praise the Lord for R.C. Sproul and many other Evangelicals who raised a red flag when Judas Colson and the other Evangelical signers of ECT (Land, Lewis, Packer, Bright, Guinness, Noll, Robertson, etc.) betrayed the Gospel of grace.

Any Catholics who might be interested in the Evangelical view of justification by God’s grace through faith in Christ ALONE would do well to start with this book.