The Catholic religious ed. teacher in the article below bemoans the fact that all of her 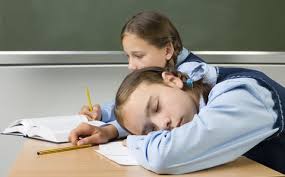 teenage students are totally indifferent to her lessons. But who can blame those Catholic kids for being apathetic about their religion? According to church sources, 76% of their parents don’t attend mass on Sunday. And who can possibly blame those parents? Their pope has said even atheists will go to Heaven if they’re “good” so why bother with all of that boring, liturgical rigmarole?

I feel sorry for those Catholic teens. I used to be one of them. Instead of being taught they are all sinners facing eternal judgement BUT that God the Son, Jesus Christ, came to this world to save all those who accept Him by faith, they are taught religious ritualism and how to earn their own salvation by trying to obey the Law and by being “good.”  Yet, God’s Word says many times that NO ONE is good. Christ came to save sinners, not the self-righteous “good.” The overwhelming majority of Catholic teens will abandon their religion the first chance they get but I would argue they’ll be no worse off than zealous Catholics who attend mass every day trying to earn their way to Heaven.

Take a browse through this article and then decide if you’re doing a “good enough” job obeying God’s commandments.