Tomorrow, Roman Catholics will celebrate the Feast of the Assumption. Every August 15th

Catholics commemorate the supposed assumption of Mary into Heaven at the end of her life. Tales of Mary’s assumption first began to circulate in the 4th century with the rise of Mariolatry within the church. There is no record of the event prior to that. But Mary’s growing group of admirers argued that she was sinless, and because she was sinless they insisted it was reasonable to assume that God had to have taken her directly up to Heaven rather than allow her to experience the corruption of the grave.

Mariolatry evolved and grew over the centuries and finally in 1950, by popular demand, pope Pius XII declared the assumption of Mary to be an infallible doctrine of the church. Catholics who do not believe this dogmatic teaching are doomed to Hell. The pope did not specifically address whether Mary had died or not prior to her assumption so that debate continues. Also, the various apocryphal accounts differ widely as to the year of the assumption. Some say the 40s, some the 50s, and some the 60s.

We’re all familiar with the humble accounts of Mary in the Gospels. But she is mentioned only briefly in Acts and not at all in the Epistles. Yet, Catholicism elevated Mary to become the “Channel of All Graces,” “Co-Mediatrix,” and “Co-Redemptrix.” How did Mary rise to such preeminence in Catholic doctrine when there is no biblical support for it? In stark contrast the Gospels make it plainly clear that Mary is not to be exalted the way she is in Catholicism:

“As Jesus was saying these things, a woman in the crowd called out, “Blessed is the mother who gave you birth and nursed you.” He replied, “Blessed rather are those who hear the word of God and obey it.” – Luke 11:27-28.

Catholics who read the New Testament for the first time are quite surprised by how little Scripture has to say about Mary. 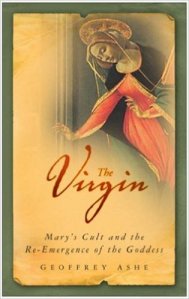 For Evangelicals the worship of Mary within Catholicism is quite bizarre. But Catholics object that they don’t actually worship Mary but highly venerate her with “hyperdulia.” Hyper what??? But the demarcation between veneration and worship certainly isn’t clear, especially among passionate Marian devotees. The hyper-Marianist writings of “saints” Alphonsus de Liguori and Louis De Montfort are disturbing heresy for any follower of Jesus Christ.

Although Evangelical ecumenists are perplexed by the idolatrous devotion given to Mary I certainly don’t see it as the MAJOR problem with Catholicism. The central issue dividing Evangelicals and Catholics is salvation. Evangelicals believe in the “Good News” of salvation by the grace of God through faith in Jesus Christ ALONE. Catholics believe in a “gospel” of sacramental grace and legalistic “cooperation” with grace in order to merit their salvation by obeying the Ten Commandments and church rules. The prominence given to Mary in this works-righteousness religious system is really a secondary issue.

Don’t get me wrong. From Scripture we see that Mary is certainly an admirable example of a humble and obedient servant of God. But she needed to accept Christ as her Savior by faith just like everyone else. The way Catholics have attributed to her the redemptive and mediatorial offices that belong to Christ alone would grieve her immensely.

The Feast of the Assumption is normally an obligatory holy day for Catholics requiring them to attend mass that day or incur a “mortal” sin. But whenever this particular feast falls on a Saturday or Monday, like this year, the requirement to attend mass is “abrogated.” Sheesh! A Catholic needs a canon lawyer to keep track of all the rules and regulations. But most aren’t too worried about it. 75% of Catholics can’t even make it to mass on Sundays let alone any additional “holy days.” They reasonably question why they should have to sit through another boring liturgy when the current pope says even atheists will go to Heaven if they’re “good.”

Thank the Lord for salvation by the grace of God through simple faith in Jesus Christ ALONE!